On Voting Blue No Matter Who. 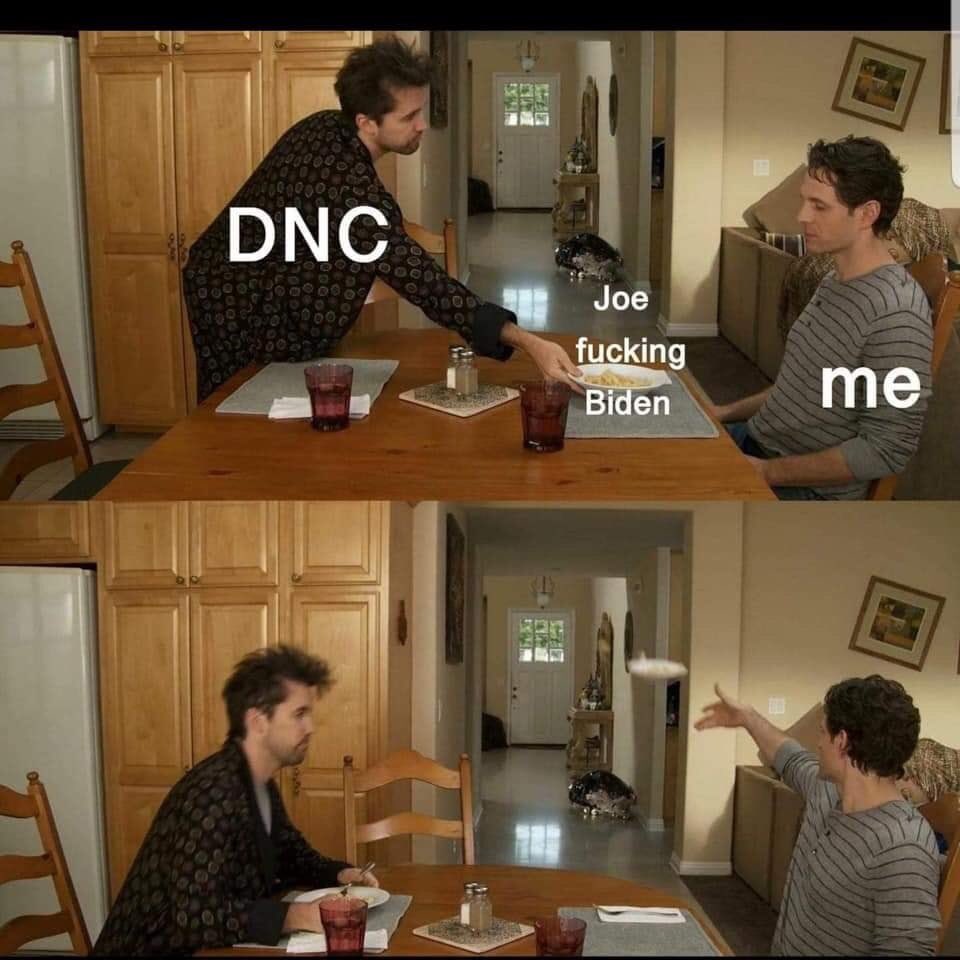 Once upon a time, I was a VBNMW person. This was before “VBNMW” was even really a thing. During the Obama years, basically. Why? My logic was pretty much what you’d expect: that the Democrat is always at least a tiny bit better than the Republican, and Republicans always vote, because “civic duty,” while people who would vote for Democrats when they vote, don’t always.
My actual voting record, which I shared in a previous post, indicates that I have not always believed this, nor do I believe it now. I’ll chalk my Obama era logic up to one thing: not wanting to think about it too much.
I spent most of the Obama years teaching in inner-city Denver in the school district’s expulsion program, so yeah, my mental energy was being thoroughly expended elsewhere.
But this reasoning also came from a place of privilege. I was privileged enough to be able to afford to “not think about politics too much.”
Similar to my criticism of the interpretation of “Vote your conscience” that assumes it just means “turn your brain off and vote third party,” what “Vote Blue No Matter Who” basically means is “turn your brain off and vote for the Democrat.” The big difference is that “Vote your conscience” is a bit more open to interpretation, and therefore, can be connotatively rehabilitated to mean “actually look at all of the information about the candidates, even the stuff you may not like, and give it real, honest, clear-eyed consideration, and then listen to what your conscience is telling before you vote.” Whereas, there’s really only one way to take “Vote Blue No Matter Who.”
I have tremendous sympathy for people who have too much other crazy shit going on in their personal lives that taking the time to carefully consider and think through their voting options is just not something they have the energy for. And I don’t fault anyone for it. However, I can no longer advocate for any option that encourages people to turn off their brains when it comes to voting. Especially since the attitude I’ve seen evinced by the die-hard VBNMW crowd lately is seriously abusive. Let’s call it what it is.

Now, I hear a lot of you saying, “But Eli, don’t you think ‘abusive’ is a bit of an overstatement? It’s not like anyone is being physically attacked here.” To which I reply, “Is there no such thing as psychological abuse? Emotional abuse? Verbal abuse?”
I believe that abusiveness is an attitude, and this is backed up, at the very least, by Lundy Bancroft and Jac Patrissi in their book Should I Stay or Should I Go?, which I definitely recommend reading. But in this book, they describe the abusive attitude as one where the abuser feels superior to the victim and feels like he or she has the right to abuse and control the victim. It’s an attitude where the abuser feels that his or her needs and desires come first and that the victim has no right to stand up for him or herself, as well as no right to have his or her needs and desires met, or even heard. The abusive attitude is all about exerting power over the abused, and coercing the abused party to fall in line, basically.
This is exactly what the VBNMW crowd is doing.
There are several ways in which they do this:

Kyle Kulinski, which, if you’ve never watched his show on You Tube, you really should, but he has played a clip a couple of times of none other than Lawrence O’Donnell, back in the day, saying that, in order for the Democratic Establishment to pay any attention to the needs and desires of progressives, progressives have to be willing to not vote for Establishment Democrats. That we have to be willing to threaten the Establishment by withholding our votes and letting them lose. That is the only leverage we have. And if we aren’t willing to use it, we’ll continue to get nothing.

It’s kind of like in an abusive relationship, the only way to get an abusive partner to actually put any effort into changing is to leave.

Do I believe Trump is the worst president ever and that he is doing untold damage to our planet and our country that we may never recover from? Yes. Absolutely. That’s why I voted for Bernie. Are Leftists such as myself now in possibly the shittiest position ever as far as the choice before us this election cycle? Yes. Which is why I’m advocating voting your conscience as I re-defined it above, not as the knee-jerk, emotional reaction of voting third party just because.
Do I think that Trump winning re-election will actually be the fault of Bernie supporters not voting for Biden? No. Not really. But, Kyle Kulinski, once again, in his brilliance, put forth an idea the other day that is really growing on me and is so crazy that it just might work.
What if, when confronted with a VBNMW troll who tells us that our third party vote is a vote for Trump, what if, instead of arguing against this, what if we said, “That’s right. Trump’s gonna win again unless we vote for Biden. So then what are you going to do for us? What are you going to do to make sure we vote for the Democrat? Here are our demands. If you want us to VBNMW, you gotta give us something.” Of course, this may not matter to you, if Biden’s sexual assault allegations are a deal-breaker, which they are for me, for sure. But still. Hypothetically, even if it were another mainstream Dem candidate.

I think this might be the way we take our power back.

← On Voting Your Conscience
Bernie Sanders is neither a “Socialist” nor a “Revolutionary.” Sorry. →